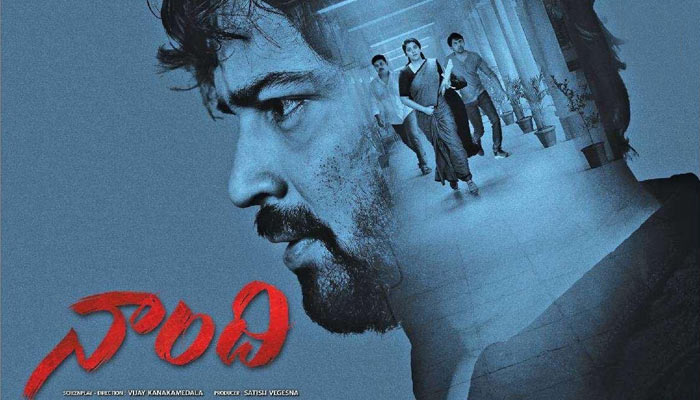 Cinema has not only entertained us but have inspired many generations and continues to do so. As the pandemic affected many film projects, the Streaming platforms kept the camera reels of the industry rolling. With an array of movies to select and choose from, people who stayed home in the lockdown received eye candies in many films.The OTT Platform AHA has been a great source for watching blockbuster movies online with motivational plots.

If you enjoy a good slice of life and a heartwarming friendship story adds that extra bit of captivating you, then Husharu is the one you should watch.

Written and Directed by SreeHarshaKonuganti, Husharu is a Telegu comedy-drama. It centres on four best friends who are clueless about life and how to go about it after graduating with a big cast. Husharu ticks all the boxes that you’d expect from a ‘feel-good’ film, from personal setbacks to love, suspense, and a lot of relatable moments.

Husharu uses personal challenges and job failures as the film’s driving force, using these obstacles to propel the four friends and the plot forward and motivate them.

Vijay Kanakamedala directs a 2021 Telugu crime-courtroom drama, Naandhi. It stars AllariNaresh and VaralaxmiSarathkumar in the leads while Priyadarshi, Harish Uthaman, Vinay Varma, and Praveen play supporting roles.The plot follows Surya Prakash’s story, a prisoner who is wrongly accused of the murder of a lawyer Raja Gopal and how the accusation turns the lie of an ordinary man upside-down. It also highlights section 211 and how the protagonist gets himself out of the situation forms the plot’s rest.

Naandhi will motivate and inspire every viewer to always stand for what is right and just and is an eye-opener to corrupt justice execution.

Written and Directed by T. Santosh, Arjun Suryavaram is a 2019 Telugu action-thriller film. Nikhil Siddharth and LavanyaTripathi star in the film.

The film centers on Arjun; who quit his job at an IT company to pursue his dreams of being an investigative reporter for a reputed news channel. Despite oppositions from his father, who has no faith in the media, Arjun went forward with his dream. He joins a television network as an investigative reporter to his father’s chagrin, only to become entangled in a student loan certificate scheme. The story revolves around how he unearths the scam and exposes it for society’s sake, as well as how he escapes the situation with the aid of Kavitha, his love interest.

The story revolves is about three friends, Kaasi, Madhu, and Vasu and how things took a turn for the worse when a consultant duped Kaasi, and his hope of travelling abroad was dashed. To pay off his mortgage, he wagers on cricket matches. Hopefully, he succeeds in winning a sufficient number of times. When we see how Kaasi earns his hard-earned money while dealing with numerous problems, the plot picks up pace.

Gone are those days when you could download Telugu movies for free, of all kinds and in good HD quality without facing lags and repercussions. Hence it is best to buy a subscription plan in AHA from their very cheap plans.